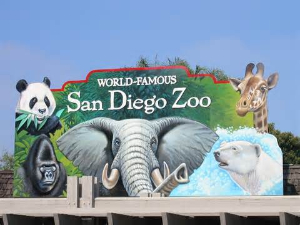 Enjoy a 5 night stay at the Crowne Plaza San Diego with breakfast each day for a family of 4! Your San Diego vacation will also include a 6 day car rental, 4 pack of Seaworld tickets and 4 pack of San Diego Zoo tickets. All certificates and tickets will be mailed to winner at the conclusion of the auction.