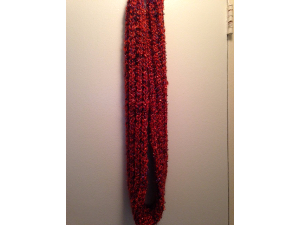 Enjoy a beautiful Garland Preddy Creation! This Rust Infinity scarf with purple and orange sparkles was hand made by Garland.