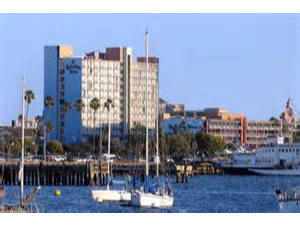 Enjoy a two night stay in a Deluxe Room at the Holiday Inn Bayside in San Diego, CA. Your package will also include Complimentary Airport Shuttle, and Admission to the Midway Aircraft Carrier Museum for 2 adults. Room nights are based on availability and expire on April 28, 2016.