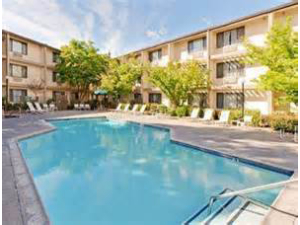 One Complimentary night stay in the Owners Suite at the Wyndham Sacramento. This beautiful suite is located on the 3rd floor with a balcony, large living room with fireplace, large oval tub with jets and a King Bed. Great for any special occasion. This certificate expires May 31, 2016