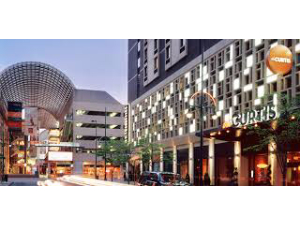 Enjoy a Bed and Breakfast Package at The Curtis Hotel in Denver, CO. This package includes a two night complimentary stay in a Mountain View Croner Room, Complimentary Breakfast and Complimentary parking. Reservations must be made in Advance and are subject to availability. Not redeemable for cash. Taxes are included. Alcoholic Beverages, transportation, gratuities and other incidental charges are the sole responsibility of the guest. Mention this certificate when confirming reservations. Expires April 7, 2016.