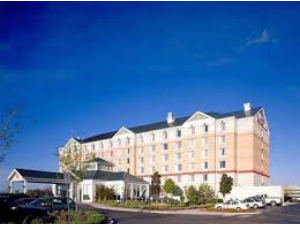 Enjoy a Complimentary Romanace Package at the Hilton Garden Inn Denver Airport! This package includes one Friday and Saturday Night Stay in an upgraded Suite. Complimentary champagne, Full Hot Breakfast and 30 days of Free Parking with 24 Hour Airport Shuttle Service. This certificate is valid for night stay only, subject to availability and expires April 20, 2016.