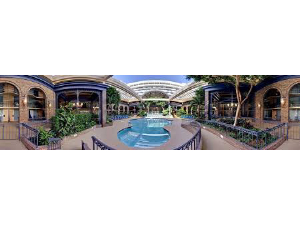 Enjoy a two night complimentary stay at the Sheraton Downtown Atlanta Hotel with complimentary parking and internet. Experience all of the area's best things to do from the Sheraton Atlanta. Conveniently located in the heart of downtown with a MARTA stop just two blocks away, our dynamic hotel offers effortless access to any point in the city. Guestrooms are based on availability and certficiate expires in April of 2016