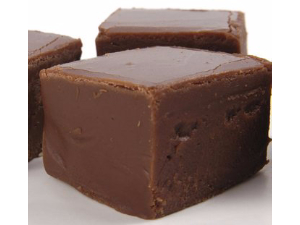 Mady by Maggie- One 9x13 pan of delicious homemade fudge. To be shipped next day mail in an airtight container to the address of purchasers choosing. To order fudge, please contact maggie McGowen and mmcgowan@ou.edu