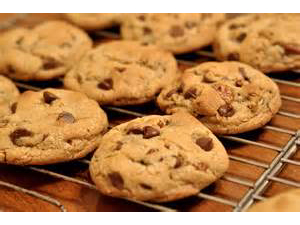 Made by Maggie- 5 Dozen homemade cookies all same or variety; Cookies to be shipped next day mail in an airtight container to the address of purchasers choosing. To order cookies, please contact maggie McGowen and mmcgowan@ou.edu