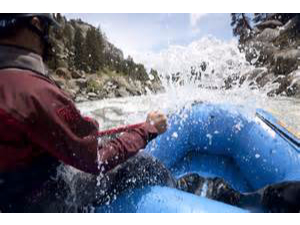 Enjoy adventure in Colorado Springs, CO. This is a Noah's Ark 1/2 day raft trip for up to 2 participants on Browns Canyon of the Arkansas River! Browns Canyon is the most popular Colorado whitewater rafting trip on the Arkansas Rive and one of the most highly rated in the country! In addition, included are two Deluxe passes to the Browns Canyon Adventure Park. The park is an aerial adventure that includes 4 different courses, 66 unique elements and 2 adrenaline pumping features- zips, ropes, swings, climbs, cable crossings-just about any creative way you can think of to get from Point A to point B. Must be used for 2015 season, expires August 20, 2015.