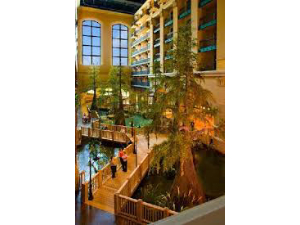 Enjoy a two night stay at the lovely Paragon Casino and Resort located in Marksville, LA! Your getaway will include 2 concert or movie tickets, a dining credit worth $60, one signature spa treatment, and a round of gold at Tamahka Trails. This is based on availability and expires on 4/30/16.