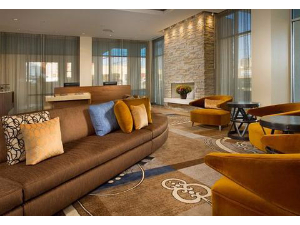 Enjoy a complimentary night stay at the Nashville Downtown/The Gulch Fairfield Inn and Suites. The Fairfield is the exclusive hotel in Nashville's Gulch neighborhood. Located between Music Row and Downtown surrounded by restaurants, shopping and entertainment. The hotel has everything you need to relax and work including Up a rooftop lounge offering upscale libations with an eclectic menu featuring small plates. Certificate is based upon availability and exclude special event days. Certificate is valid for one standard room. Must have a valid credit card to book reservation. Expires April 1, 2016