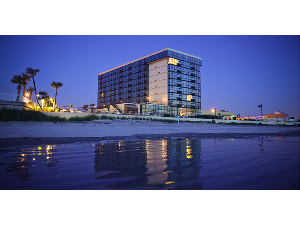 Enjoy a two night complimentary stay in an Ocean View King or Double guest room at the Oceanside Inn in Daytona, FL. Your package includes Continental breakfast, parking, wifi and 1 movie. Daytona Beach, Florida is a great place for your next gathering with its warm, friendly atmosphere, and extensive roster of attractions, shopping, dining and the like - making this 23-mile-long beach one of the most popular destinations for groups. The Oceanside Inn Daytona Beach welcomes your gathering, offering a crowd-pleasing setting that every generation is bound to enjoy. Room nights are based on avialability and expire on 5/1/16.