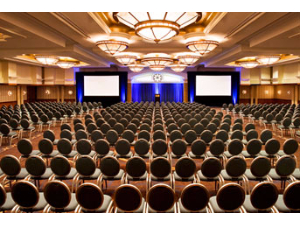 Enjoy a one night complimentary stay with breakfast for two at the Sheraton Pentagon City Hotel. Discover something new at the recently renovated Sheraton Pentagon City Hotel. From new carpeting and totally updated guest rooms to an all-new lobby-we're evolving with your comfort in mind. Stay connected with our lobby's new "connection destination," the Link@Sheraton experienced with Microsoft, offering a secure and fun area to work or just hang out. Or, retreat to our chic and all-new guest rooms, newly outfitted with our signature Sheraton Sweet Sleeper Bed and flat screen TV.

With the Reagan National Airport, Metro Rail Station, downtown Washington D.C., and the Pentagon all just minutes away, the heart of the nation is at your fingertips. Through arranging discounted overnight accommodations, transportation, receptions and other services, our trained team of professionals can help remove some of the stress surrounding the planning of a memorial at Arlington National Cemetery.