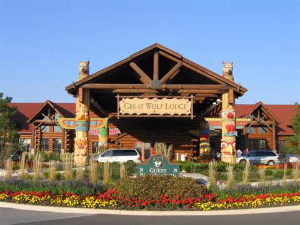 Enjoy a complimentary one night stay fo a family of four in a Family Suite, including water park passes. Great Wolf Lodge in Traverse City, MI is the region's premier destination for meetings and events. Located on US 31 in the beautiful Traverse City, our all-suite property offers a spacious and modern Conference Center, uncompromised culinary quality and a team of meeting professionals committed to your success.