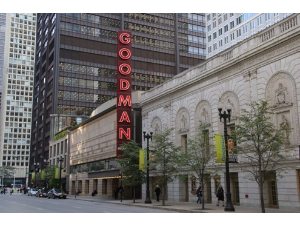 Cheers to a Good Night! Two Goodman Theatre tickets ($176) to Vanya and Sonia and Masha and Spike (run dates June 20th- July 26th) and a $50 gift card toward dinner at one of the many Lettuce Entertain You restaurants. Vanya and Sonia and Masha and Spike is a comedy play written by Christopher Durang. The story revolves around the relationships of three middle-aged single siblings, two of whom live together, and takes place during a visit by the third, Masha, an actress, who supports them. Spike is Masha's boy-toy... This night will be a breeze to plan as you'll have 2 single babysitting placements (or the monthly client fee) from K Grace Babysitting Service an $80 value. Total value $306.