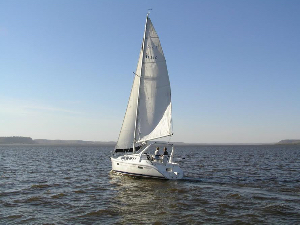 Take a day trip over to Pepin, Wisconsin with 5 pals and let the breeze blow your cares away with this gift certificate good for a two-hour afternoon or evening trip for six (valid through October 31, 2015).