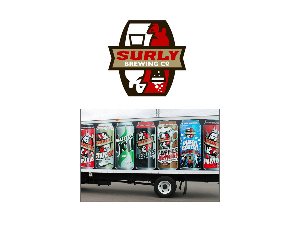 Let the world know your feeling Surly with this groovy Surly Beer Sack: one men's T-shirt, 1 women's tank top/T-shirt, 4 pint glasses, a hat and a gift card for the Surly Beer Hall and/or company store.