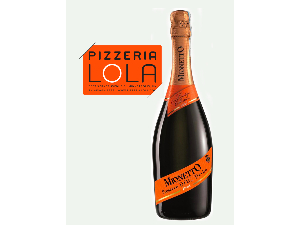 If you love pizza, you know Pizzeria Lola! With this gift certificate you can order your favorite(s) and still try something new! Then capture the awesomeness forever with one ticket to the Pizzeria Lola photo booth, and end the night with some Mionetto Prosecco Doc Treviso Italian sparkling wine.