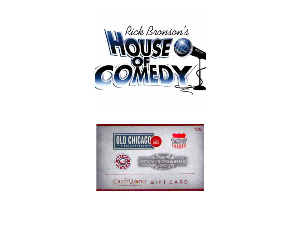 Beer and comedy- the perfect pair! Enjoy a gift certificate for a night at Old Chicago or Rock Bottom and 4 tickets to any Rick Bronson's House of Comedy show at the Mall of America (tickets expire August 31, 2015).