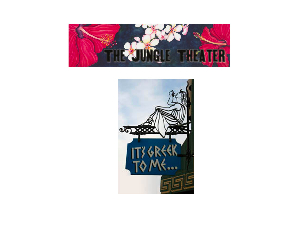 What a great night! A gift certificate for dinner at It's Greek to Me and then hop next door to catch an ever dynamic production at The Jungle Theater for a guaranteed night of solid entertainment.