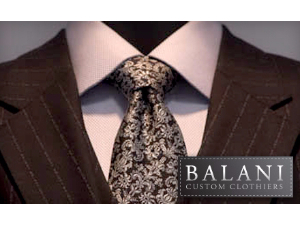 Every secret agent needs two things: impeccable style and a high-performance car. This package has you covered on both fronts. Start with a custom suit, including shirt, constructed just for you by Balani Custom Clothiers. Over 50 years of experience and a dedication to unparalleled quality and service is why Balani was been named one of the top 6 tailors in the world by JW Marriot magazine. From the fabric to the style to the finishing details, Balani will deliver a suit that is made just for you. Once you're dressed the part, get behind the wheel of your pick of dream car-a Porsche GT3, Lamborghini LP560 Gallardo, or Audi R-8, Nissan GT-R . You'll take it out on the track for a 3-lap supercar drive from Xtreme Xperience at the Autobahn Country Club, America's premier motorsports club, in Joliet on the weekend of July 10-12. You'll receive one 3-lap lead discovery ride along. A photo/video combo are included, so you have documented proof of your adventures!