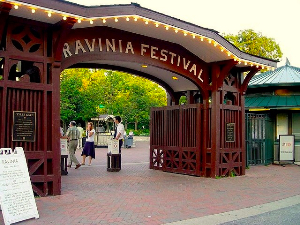 Two Ravinia tickets for a performance by the Chicago Symphony Orchestra