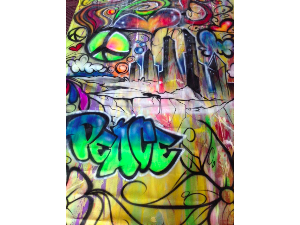 1
Peace Love Chocolate mural by Lance Gustafson. Created live at For the Love of Chocolate, February, 2015 primarily wih Paasche Airbrush paints and equipment, over the course of 4 hours.