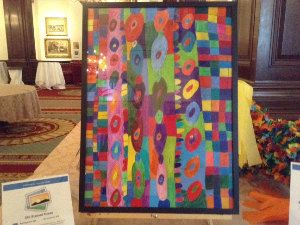 Colored pencil on paper, framed, by Esperanza artist Mark Germanos . Mark's work is characterized by areas of bold color and is often inspired by objects Mark encounters every day.