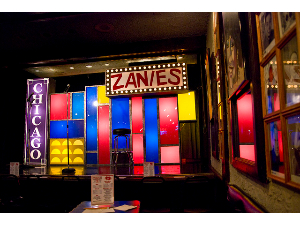 See established and up and coming comedians with 6 tickets to Zanies. Then, set the mood for your own hijinks with two lifelike masks by Zagone Studios , whose products have been featured on Saturday Night Live ("Monster Pals" featuring Seth Rogan and James Franco), David Letterman, the Onion, CSI and the blockbuster The Town