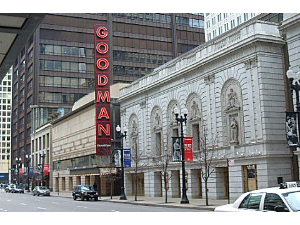 Enjoy a classic Chicago night out. Take your fave to a performance at the Goodman Theatre with two tickets for the 2015-16 season. Before or after the performance, enjoy a meal at Lawry's The Prime Rib with a $125 gift card.