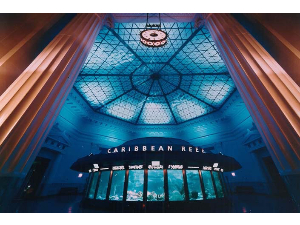 Make lots of friends with this bountiful museum package! Blast off with a group of 8 interstellar travelers to explore the heavens at the Cernan Earth and Space Center located in nearby River Gove. Then, splash down with your party of 8 at the Shedd Aquarium to explore the exotic creatures of the deep! Rounding out the package are admission for 4 adults and 6 children for the Swedish American Museum in Andersonville.