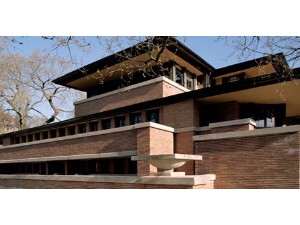 This package includes 2 guest passes to Frank Lloyd Wright's Frederick C. Robie House . Located in Hyde Park, the house is called "a masterpiece of the Prairie style and an icon of modern architecture." Add in 4 downtown walking tour passes from the Chicago Architecture Foundation, plus 4 passes to view Chicago architectural landscape from theWillis Tower Sky Deck , and you have all you need to explore the buildings that make up Chicago's iconic skyline and beyond.