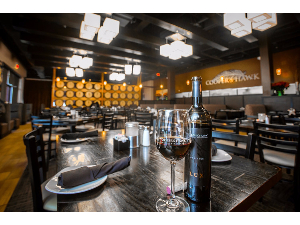 Broaden your knowledge of domestic and global vintners with a Magnum bottle of Meritage wine, a complimentary Wine Tasting for Two card and a 3-month complimentary wine club membership from Cooper's Hawk Winery.