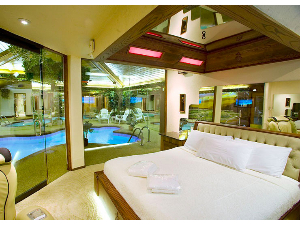 Share a special night with a $75 gift certificate, complimentary annual membership and a free afternoon extension from the Sybaris .