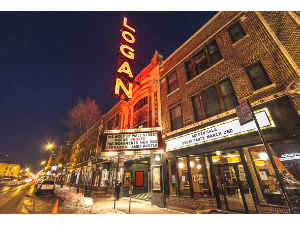 Grab another couple and head to Paula and Monica's Pizzeria on Chicago Ave for a few slices with $30 in gift cards in your pocket. Then, take in a flick at neighborhood institution the Logan Theatre with 4 movie passes. Of COURSE the popcorn is included!