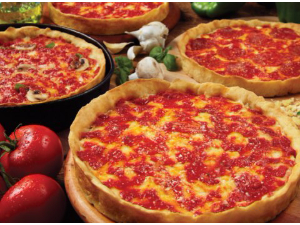 Enjoy a rom-com, thriller or action movie at Cinemark Theaters in Melrose Park with the one who makes your eyes twinkle! Before or after, sit down and relax with pizza or pasta, courtesy of a $25 gift certificate to Lou Malnati's pizzeria.