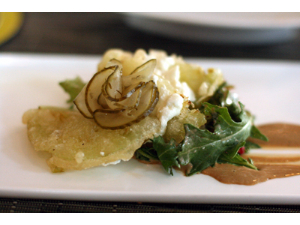 Savor the delights of a five-course chef's tasting menu for two from Green Zebra Restaurant, "a contemporary vegetarian experience." Your palate will be pleased!