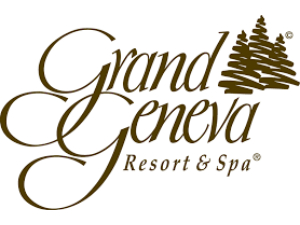 Grand Geneva Getaway! Enjoy one-night accommodation in a deluxe guestroom at The Lodge at Grand Geneva and a round of golf for (2) at one of their world class golf courses: The Brute or Highlands Course! A special thank you to the Grand Geneva Resort & Spa for their generous donation!