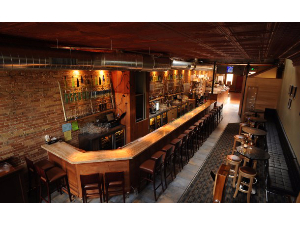 Green with envi! Be the envi of your closest 40 friends and family as you party like enVIPs with a private party on the top floor of Racine's own Envi Ultra Lounge, including a half barrel of local brew, five bottles of wine & small plate appetizers. A special thank you to Envi Ultra Lounge for their generous donation.