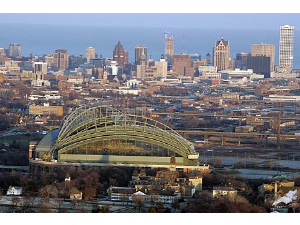 Milwaukee Fun! Everything Milwaukee - Passes to the Pabst Mansion (2), Charles Allis or Villa Terrace Art Museums (4), Discovery World (4), Milwaukee Zoo (2), Latino Arts Fall 2015 Production (2) and ComedySportz (3). A special thank you to all these great Milwaukee institutions for their generous donation!