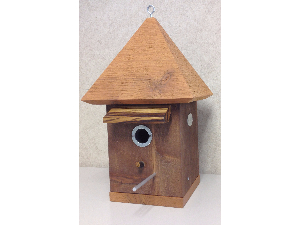 Tweet, Tweet! Enjoy the beautiful sounds of spring with this beautiful, handcrafted bird house! A special thank you to Kirk Albright for his generous donation!