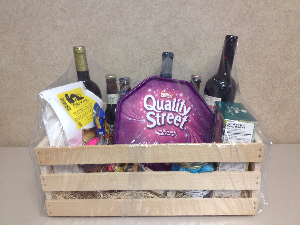 Carriage House Host! Be the hostess with the mostess with your friends pop on by with this great Carriage House Hospitality Basket! A special thank you to the Wheaton Franciscan Healthcare - All Saints Business Relations Department for their generous donation!