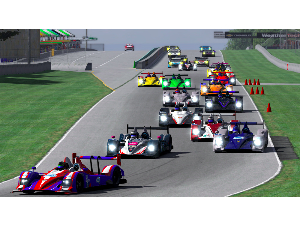 Visit Road America! Enjoy (2) tickets to the WeatherTech Chicago Region SCCA June Sprints fueled by CITGO at Road America - June 11-14th (2015)! You're not just visiting one of the greatest race tracks in the world, you're visiting one of the greatest areas in the world. Elkhart Lake in Sheboygan County is full of beautiful scenery, great shopping and top-notch recreation. If you've been here before, you know what we mean. If this is your first trip to the area, make your plans with this guide of great places to stay, shop, eat, and party. A special thank you to Elkhart Lake's Road America for their generous donation!