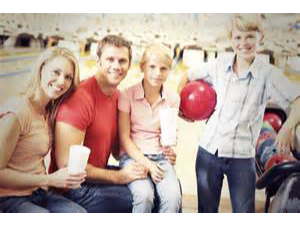 Family Fun Basket. Enjoy quality time with the family this Spring with 2 hours of unlimited bowling for up to 6 people including a large pizza, soda and shoe rentals for everyone! Take the family out for two great meals with these gift certificates to Red Lobster ($25) and Apple Holler ($20). A special thank you to The Lanes bowling alley, Red Lobster and Apple Holler for their generous donation!