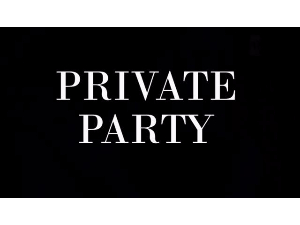 Don't Tell Lou! Whether you want to watch the big game, host a poker night with the guys or organize a small gathering of 12 of your closest friends, the Don't Tell Lou Saloon in the Landmark Title building is a great place for your next party. Catering for up to twelve guests by Cecelia's Catering Service. A special thank you to Landmark Title and Cecelia's Catering Service for their generous donation!