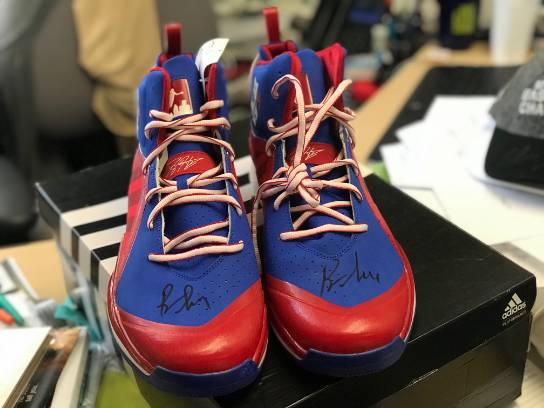 Bill Self is a legend. And now, you can have a legendary piece of memorabilia for your Jayhawk collection when you take home this pair of new basketball shoes, signed by Coach Self!

Donated By University of Kansas Athletics