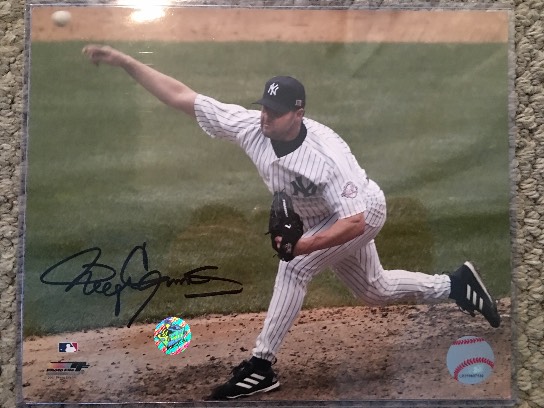 with certificate of authenticity

Nicknamed "Rocket" Roger Clemens, is a former baseball pitcher who played 24 seasons in Major League Baseball (MLB) for four teams. Clemens was one of the most dominant pitchers in major league history, tallying 354 wins, a 3.12 earned run average (ERA), and 4,672 strikeouts, the third-most all time. An 11-time All-Star and two-time World Series champion, he won seven Cy Young Awards during his career, more than any other pitcher in history.