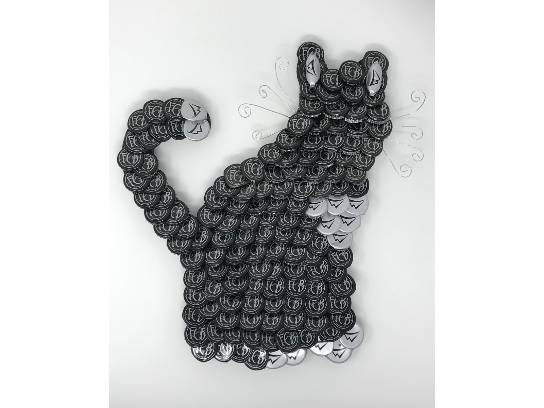 "Major Tom" is a tuxedo tomcat made primarily of Fort Collins Brewery bottle caps. He was named after the now-defunct brewery's Major Tom Pomegranate Wheat beer. Since FCB is no more and was purchased by a Canadian brewery, "Major Tom," with his black and silver coat of caps, is a one-of-a-kind endangered species. Materials: wood, acrylic paint, bottle caps, brad nails, wire.

Artist Ashley Boothe has been a lifelong cat lover and said she enjoyed flexing her creative muscles on this mosaic project.