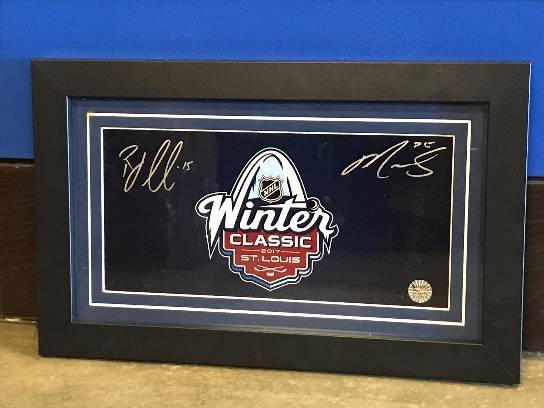 Now is your chance to own your very own 2017 NHL Winter Classic Mini Panoramic photo signed by Robby Fabbri & Ryan Reeves, where the Blues took on and won against the Blackhawks.

This matchup was of the storied Blackhawks-Blues rivalry, both members of the NHL's Central Division. The game was held in St. Louis to mark the 50th anniversary of the Great Expansion of 1967, in which the Blues, Pittsburgh Penguins, Philadelphia Flyers, Los Angeles Kings, Minnesota North Stars (which became the Dallas Stars in 1993) and California Golden Seals (who merged with the North Stars in 1978; the San Jose Sharks were then spun off from the North Stars in 1991) were formed, doubling the league's size.