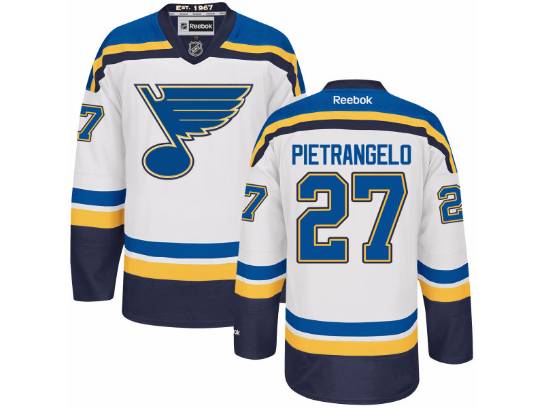 Two (2) tickets in the lower level to a 2017-18 regular season St. Louis Blues hockey game. To be used Sunday through Thursday, the date must be mutually agreed upon.

Now is your chance to own our captains officially signed jersey! Pietrangelo was named captain on August 24, 2016, and is the latest defenseman to have that honor. Pietrangelo leads the Blues in blocked shots (136) in 2015-16 and helping them reach the Western Conference Final.