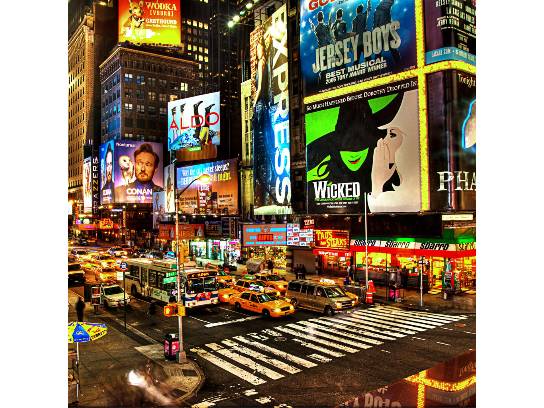 Private Meet and Greet with Cast Members for a Pre-Show Dinner, Broadway Tickets for 4

This Experience Includes:
Private meet and greet with 2 cast members at a pre-show dinner
4 tickets to your choice of shows: Aladdin, Anastasia, Cats, School of Rock and The Lion King
Winspire booking & concierge service

Pre-Show Dinner with Cast Members and Broadway Show Tickets
Enjoy a 3-course, prix-fixe dinner (not including alcohol) at a popular Theater District restaurant before your show. Two cast members from the show you'll be seeing will join you for dinner. You'll be entertained with fascinating backstage anecdotes, personal career stories, lots of conversation, and photos and autographs. Following the show, enjoy a private in-theater meet and greet with a cast member!

Aladdin: the timeless story of Aladdin in a thrilling production filled with unforgettable beauty, magic, comedy and breathtaking spectacle.

Anastasia: this dazzling show transports us from the twilight of the Russian Empire to the euphoria of Paris in the 1920's, as a brave young woman sets out to discover the mystery of her past.

School of Rock: this high-octane smash by Andrew Lloyd Weber was nominated for four Tony Awards in 2016, including Best Musical!

The Lion King: winner of six Tony Awards, including Best Musical and based on the beloved 1994 Disney film, The Lion King is one of the most breathtaking and beloved productions ever to grace the stage.

Note: Participating cast members have minor roles and/or are in the ensemble. Choose from other Broadway shows, subject to change; Hamilton available for an additional fee. Your tickets will be the best available at time of booking and additional tickets may be purchased.