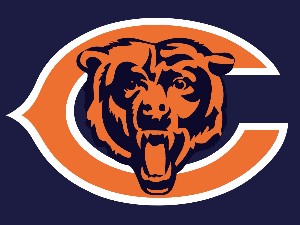 Watch the Bears in Style!

4 side-by-side Bears tickets to the Thursday, August 11th season opener against defending champions Denver Broncos in section 313 of The United Club plus convenient (and fun) parking on The Waldron Deck. The four tickets are side-by-side. The game begins at 8pm eastern / 7 central.

While the schedule has been announced, The NFL doesn't print tickets until this summer. Our generous donor, Chris Hughes of Hardware Plus in Osceola, will hook up the winning bidder with the tickets when they arrive.

The United Club is the premier hospitality area for Bears home games at Soldier Field. Located on the East side of the stadium, the three-level United Club offers impressive sightlines from every seat and convenient access to the climate-controlled indoor club lounge and its exclusive amenities. The private United Club features surroundings unlike any other seating area including a Bears Pro Shop, eight for purchase full-service bars, two Marches (open-air kitchens), specialty drink stations, various for purchase concession stands and high-end food selections, as well as 127 indoor TVs showing the Bears action and all other NFL games. The United Club opens two hours prior to kickoff and closes five hours after kickoff.

Donated By Hardware Plus