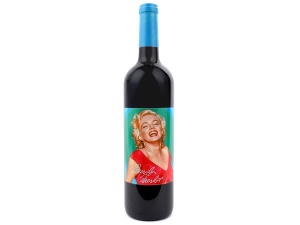 Marilyn Wines traces its origins to 1981, when a small group of friends started making wine at their home near St. Helena in the Napa Valley. One evening in 1983, over dinner and a bottle of homemade merlot, the concept of "Marilyn Merlot" was born. The wine enjoyed a good deal of popularity around the valley and was often donated to charity auctions and given as Christmas gifts.